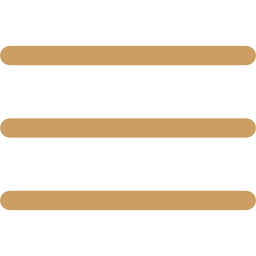 Wonders in Franciacorta: the castles of the North Oglio Park

Splendid itineraries in nature and wonderful specimens of birdlife and mammals including fallow deer, squirrels, foxes. It is the Parco dell’Oglio Nord, a regional park established in 1988 among the most important in Lombardy. It extends from Lake Iseo to the border with the province of Cremona in the territory of Seniga, where the Parco dell’Oglio Sud starts.

Among the unmissable treasures of the North Oglio Park are the ancient fortresses and castles, many of the which are located in the Franciacorta area. Here is a selection to be experienced!

Built in the IX – X century, the Castle of Capriolo is located at the top of the hill overlooking the village. The fortress played an important role in the long struggles that saw Brescians and Bergamo fights for the conquest of the river waters. Fallen into the hands of Swiss, French and finally Venetians, during the XIX it was the seat of the Ursuline convent.

The Castle of Capriolo is today in good condition. The main body is currently used for cultural events.

Also built between the ninth and tenth centuries, the Castle of Palazzolo was a real fortress guarded by military forces, and for this reason it is also known as Rocha Magna. Noteworthy is the Salvation Tower, as well as the underground paths that linked the towers through tunnels and narrow tunnels. Paths that, together with the walkways, can still be visited today.

We move to Urago d’Oglio, in the lower Brescia area, not far from Chiari. The nucleus of the town is a wonderful example of a historic village, with the Martinengo Castle dating back to the 15th century and born on the ashes of an ancient tower. The structure has been much altered over the years: today the fourteenth century partition and the Martinengo coat of arms on the entrance tower remain clearly visible.

Get to know the historical and natural beauties of Franciacorta and the surrounding areas: Cappuccini Resort awaits you for a dream stay with its 4-star Hotel de Charme and the unmissable culinary offer of the Cucina San Francesco Restaurant.

back to the news